Posted on October 25, 2016 | Comments Off on Lance Pruitt in East Anchorage House District 27

In June of this year, at the end of what became the next to last extension of the legislature’s 2016 session, the House Finance Committee voted on whether to advance SB 128 to the floor.

That bill, which already had passed the Senate, proposed permanently to cut (what supporters refer to euphemistically as “restructure”) the Permanent Fund Dividend (PFD).

By that point the Alaska economy already was in an economic recession.  And the legislature already had been advised by the University of Alaska-Anchorage’s Institute of Social and Economic Research (ISER) — the state’s best economic think tank — that cutting the PFD was the “most regressive” and would have the “largest adverse impact on the [overall Alaska] economy” of all the state’s fiscal options. Short-Run Economic Impacts of Alaska Fiscal Options,  https://goo.gl/ZxR1Hw at A-12, A- 15 (March 2016). END_OF_DOCUMENT_TOKEN_TO_BE_REPLACED

Comments Off on Lance Pruitt in East Anchorage House District 27

Posted in Immediate Reactions, Posts by Alaskans for Sustainable Budgets

Posted on October 25, 2016 | Comments Off on Aaron Lowjeski in Fairbanks House District 5 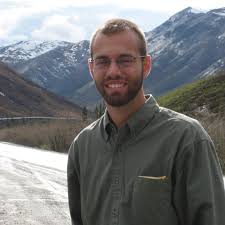 As someone who cares deeply about Alaska’s fiscal and economic condition, from time to time I have gone the extra mile to support candidates that I think, if elected, can be positive difference-makers in developing state fiscal policy.

In that vein I am going the extra mile the last two weeks of this election cycle to support Aaron Lojewski in House District 5 (Fairbanks).

The following radio ad and some related digital is going up today and will run through election day.

END_OF_DOCUMENT_TOKEN_TO_BE_REPLACED

Comments Off on Aaron Lowjeski in Fairbanks House District 5

Posted in Immediate Reactions, Posts by Alaskans for Sustainable Budgets

Each Tuesday morning at 7:20 am Alaska, I join KBYR AM700‘s The Michael Dukes Show to discuss the latest in Alaska oil and fiscal issues. This week Michael and discuss Craig Medred’s piece on the deepening Walker/business divide (goo.gl/Zt7hyL), the Governor’s letter to various business organizations that has most recently escalated the battle (goo.gl/sihnJX), my take on the top 3 fiscal issues this #AKleg election cycle and my view of how some of the candidates stack up on those issues.  I join Michael at 14:45 into the segment.

Listen here or at the widget below and for past episodes, go here.