“Don’t tax you, don’t tax me, tax that fellow behind the tree …” 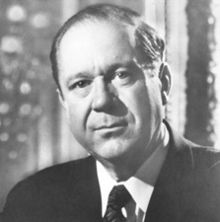 For a time earlier in my life I lived in Louisiana.  During that period I became fascinated with the Long’s — Huey and his son, Russell, who during part of the time I lived in the state served as Louisiana’s senior United States Senator.

Both Long’s were the source of great quotes during their lifetime.  One of Russell’s returned to me this morning as I was reading an article from yesterday’s Fairbanks News-Miner.

The article — Armstrong Oil and Gas chairman talks future of Alaska oil — reports on recent remarks made by Bill Armstrong, chairman of independent oil producer Armstrong Oil and Gas.  The company is active in trying to develop new fields on the North Slope, and recently also developed a new field on the Kenai Peninsula.

As reported in the News Miner, Armstrong had this to say about the need for Alaska oil & gas tax reform

Armstrong said the political discussion has oversimplified the state of Alaska’s oil production. … issues ranging from stringent regulations, tightly controlled infrastructure and yet-to-be-proven business economics of the new plays are all inhibiting a boom, but he said that, by far, the biggest factor is Alaska’s tax regime. … “The North Slope of Alaska is not competitive.”

… But Armstrong says the … $2 billion-per-year tax cut … doesn’t get at the heart of the issue. …  Instead, Armstrong advocates for a tax regime that incentivizes increased oil production from new oil fields, leaving traditional fields for a later discussion.

As I have explained elsewhere, there is vastly more oil potential remaining in the existing units located on the North Slope than in the new areas being pushed by Armstrong and similar companies.  As I also have explained, the current tax credit system, which Armstrong proposes to bias even further, is pushing Alaska farther away — not closer to — refilling the pipeline.

Essentially Alaska’s current system taxes production from existing units higher in order to generate the revenue needed to fund “tax credits” (i.e., subsidies) for exploration activities in areas outside of the existing units.  Armstrong certainly understands that interaction; hence, his desire to leave the tax treatment of “traditional fields for a later discussion.”

That is what brought Russell Long to mind.  Long, a longtime Chairman of the Senate Finance Committee, during a particularly combative hearing on tax policy summarized the position of someone testifying before the Committee as follows:

To Armstrong, the existing units are “that fellow behind the tree.”  Unfortunately, Alaska’s future is standing right beside “that fellow.”  Armstrong evidently does not realize his shot will hit both.