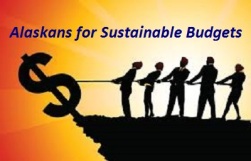 “I disagree with Senator Kelly’s approach to the extent he is continuing to call for a cut in the Alaska PFD.

In a report last March the University of Alaska – Anchorage’s Institute for Social Economic Research (ISER) found cutting Alaska’s Permanent Fund Dividend (PFD) to be the ‘most regressive’ and to have the ‘largest adverse impact’ on the overall Alaska economy of all of the state’s fiscal options.

In a subsequent report just this past October one of the authors of the earlier report went on to find that ‘reducing the PFD by $1,000 will likely increase the number of Alaskans below the poverty line by 12-15,000 (2% of Alaskans).’

Under SB 128, the so-called Permanent Fund ‘restructuring’ bill passed by the Senate last session while Senator Kelly was Finance Committee Co-Chair, the PFD would have been cut permanently by over $650 million per year immediately, nearly doubling to over $1.2 billion by 2026 using Permanent Fund Corporation projections.

And by moving money from the hands of individual Alaskans to government, SB 128 would have reduced inflows into the overall Alaska economy immediately by nearly $1 billion, roughly 2.5% of total Alaska income.  By 2026 that number would have doubled to nearly $1.7 billion.

That is exactly the wrong direction in which to be moving the Alaska economy and taking Alaskans, especially now, when the state is in a recession and Alaskans already are suffering significant job losses.

While I agree with Senator Kelly that it is important to put Alaska back on a strong fiscal course, the approach taken in SB 128 — if that is what he and the Senate Majority have in mind again for this session — is exactly the wrong way to do it.  As is clear from the economic research, it greatly hurts individual Alaskans and the overall Alaska economy.

There are much, much better options, starting with Governor Jay Hammond’s original 50/50 plan for use of the earnings from the Permanent Fund.  Governor Hammond described his vision this way:

If the Senate had focused on that approach this past session instead of where it went, it could have injected upwards of an additional $1.4 billion into the overall Alaska economy rather than proposing to pull nearly a billion out of it — a swing of nearly $2.5 billion.

That would have been exactly the right course for Alaskans and Alaska in these recessionary times.  It was an opportunity missed. Hopefully it won’t be again.

I look forward to working with others to push this and other, more fair and less harmful plans forward this coming legislative session.  Yes, we must find solutions, but they must be fair to Alaskans and not hurt the overall Alaska economy.

As a former business executive, lawyer and consultant, Brad Keithley has over 35 years experience working on oil, gas and fiscal issues.  He now focuses most of his time on Alaskans for Sustainable Budgets, a grass roots effort to restore fiscal responsibility and stability to the Alaska government and economy.

This entry was posted in Immediate Reactions, Posts by Alaskans for Sustainable Budgets. Bookmark the permalink.