Posted on August 26, 2014 | Comments Off on The revised candidate questionnaire … 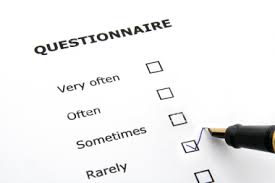 Yesterday morning I received a call from Amanda Coyne asking for a response to concerns she was hearing from incumbent legislators that one of the questions on the questionnaire I had forward to all candidates last week put them in a difficult position.  The reason for and a link to the initial questionnaire is here.

As initially written, the question (Question 9) on the questionnaire asked candidates to respond to the following:

Will you publicly commit prior to the election not to join any legislative caucus that conditions your membership upon your support of and vote for whatever budget is sent to the floor by the Finance Committee?  YES/NO If no, please explain how you intend otherwise to fulfill your commitment to your constituents to vote only for fiscally responsible budgets.

The concern she was hearing from incumbents was that responding yes to the question could put them in violation of one of the provisions of the legislative ethics act which bars legislators from pledging to take positions if tied to a contribution.  Non-incumbents are not similarly restricted and as a result, incumbents felt that the question put them in an unfair position, where their challengers could make the commitment while the incumbents were restricted from doing so.  Amanda explains the concern further here.

While I may hold a differing view of whether responding yes to the question would put incumbents in violation of the ethics act, as I thought about it further I realized I didn’t want the form of the question to inhibit the responses some might make to the questionnaire and so, decided to modify both Question 9 — and another farther down in the questionnaire which had not received as much attention but also used the word “commit” — in order to avoid the issue.  I also modified the introduction to the questionnaire better to describe the criteria I intend to use in deciding in which races I become involved.  As explained by Amanda, the previous language evidently contributed to the discomfort some incumbents felt about answering the original set of questions.

The revised questionnaire went out to all candidates late yesterday afternoon.  A copy of it is available here.  Presumably those incumbents who felt inhibited from responding to the original Question 9 will now do so.  The deadline for responding is tomorrow (Wednesday).  We will publish the responses we receive before the end of the week.

This entry was posted in Posts by Alaskans for Sustainable Budgets. Bookmark the permalink.