Posted on November 3, 2014 | Comments Off on My closing statement … 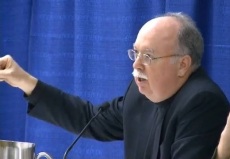 Yesterday a friend asked me to sum up in a sentence my “closing statement” on this year’s state-level (Governor and  legislative) races.

The following — from a 2010 Wall Street Journal editorial looking back on the loss by the Republicans of the federal House of Representatives in 2006 — is what popped into my head:

It isn’t easy to spend so much money so egregiously that even Nancy Pelosi could campaign as a relative fiscal conservative, but the Tom DeLay Republicans managed the feat in 2006.

This year’s Alaska state races are a lot closer than they ever would have been if the Republicans elected in 2012 had acted as they promised during the campaign and brought state spending under control in the following session.

State spending was under control — at sustainable levels — in calendar year 2010, when the then-legislature passed and the Governor signed a budget of $5.47 billion (all revenue and spending numbers used in this column are available and explained here).

All that the legislature elected in 2012 had to do was simply reverse what had happened subsequent to the 2010 election and go back to where the then-legislature and Governor were two short years before.  Many promised to do just that.

But, for reasons I have never understood and they have never explained, they didn’t.  Instead, in the first year  of their term they passed the second largest budget in state history — at $7.2 billion — and in the second  year the fourth largest budget in state history — at $6.2 billion.  At the end of the two year period, they weren’t even back to the old starting point, much less down to the sustainable levels necessary to repair the damage from the intervening four years of overspending.

Along the way the Governor and legislature elected in 2012 also lost track of revenues, which were dropping like a rock.

While many claim now that they deserve credit for enacting “record level budget cuts” in the subsequent two years, in fact the cuts didn’t even keep up with the ongoing drop in revenues.  From the legislative sessions held in calendar years 2012 to 2013 revenues fell from $6.92 billion to $5.3 billion, then from 2013 to 2014 from $5.3 billion to an estimated $4.52 billion (because of the subsequent price drop in oil, the 2014 number will end up much lower than that, possibly in the range of $3 billion).

In short, while they were reducing spending over the two year period by $1.6 billion, as of the passage of the most recent budget, they already knew revenues were anticipated to drop by $2.4 billion, at least.  The result is that in their two short years, the legislature elected in 2012 enacted — and the Governor signed — the two largest budget deficits in state history.

I am confident in their own minds there are a lot of rationalizations for why spending ended up where it did.  Certainly, Tom DeLay also had some also during the 2006 campaign.

But numbers are what they are.  The state is now in worse fiscal shape than it was when the legislature elected in 2012 took office.

The state’s unrestricted savings then were $17 billion; due to the intervening deficits and other transfers, the state’s unrestricted savings — just as the state is heading into what is likely to be the most challenging time in its fiscal history — now are $11 billion.  The sustainable budget number — the level which, if this generation spent at that amount, all future generations could receive the same — then was $5.5 billion; now it’s below $5 billion.

In short, not only has this legislature and Governor damaged the fiscal security of the current generation, by overspending they have damaged the fiscal security of all future Alaska generations.  While they have enabled some in this generation (many of whom are construction contractors) temporarily to continue to enjoy the good life — they have done so at the expense of positioning future generations to face income and/or sales taxes and a raid on their Permanent Fund Dividend.

I will be voting tomorrow to change out those who have brought us to this point, and to elect others that at least recognize the problem and talk about solutions.  In the 2010 election the current Governor said he should be measured on his “actions, not words.”  I will be doing exactly that. and hope others do the same.  It’s time for a change.