UAA Athletics remain badly broken, and why addressing it is important … 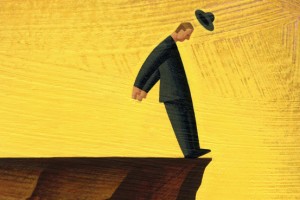 Last year (2012), on the afternoon of July 27, I had a meeting at my request with UAA Chancellor Tom Case, primarily to discuss the recent hiring of then-UAA Women’s Basketball Coach Nate Altenhofen.

The University had announced the hiring of Altenhofen in late May, as the successor to highly successful Coach Tim Moser.

During the intervening two months I had come to develop deep concerns about Altenhofen based on his prior record and discussions with others Outside involved in women’s basketball.  As politely stated as I can, Altenhofen had developed a reputation of becoming involved with his players and staff in inappropriate ways, not something you want especially in a women’s basketball coach.  He had left his prior position as an assistant at Indiana University amidst rumors after only a year there, and had been out of college basketball entirely (i.e., no one would take a chance on him) in the year preceding his hiring by UAA. END_OF_DOCUMENT_TOKEN_TO_BE_REPLACED