On a personal note … 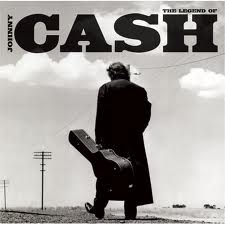 Today (February 26) is Johnny Cash’s birthday.  He would have been 81.  My first concert, lifetime.

Of many pieces over a long, long career, among his last and perhaps his most powerful is available by clicking on the picture.

The CS proposes modifications of the Governor’s original bill primarily in five areas .  Those areas are: END_OF_DOCUMENT_TOKEN_TO_BE_REPLACED

Alaska Oil Policy| “If we don’t fix fiscal policy at the same time, doing oil tax reform will be like rearranging the deck chairs on the Titanic …”

Yesterday I testified before the House and Senate Resources Committees on SB 21/HB 72, the Governor’s proposed oil tax reform bill.  A copy of my presentation is available here.

Alaska Oil Policy| Quote of the month, from Liberal BC Premier Christy Clark

Posted on February 15, 2013 | Comments Off on Alaska Oil Policy| Quote of the month, from Liberal BC Premier Christy Clark

British Columbia Premier Christy Clark, from BC’s Liberal Party, announced Tuesday that BC will impose a tax on LNG sales, taking part of the revenue that producers anticipate receiving in exporting BC gas to the Pacific Rim.

According to an article yesterday in the Vancouver Sun, “[t]he new tax is expected to play an essential role in building Clark’s promised Prosperity Fund …. Clark has said the fund, which is also financed from natural gas royalties and corporate tax income from the LNG industry, could amass more than $100 billion over 30 years.” END_OF_DOCUMENT_TOKEN_TO_BE_REPLACED

Comments Off on Alaska Oil Policy| Quote of the month, from Liberal BC Premier Christy Clark

I testified Monday (February 4) before the Senate Resources Committee on “Alaska’s Oil Resources:  Economic Challenges & Opportunities.”    The purpose of the hearing was to put the development of Alaska’s oil in a global context and, from that perspective, identify the oil & gas opportunities that Alaska has going forward and the challenges it faces in attracting the investment necessary to achieve those opportunities.

After an introduction, the presentation was divided into three areas: